The good thing is, at least I can recognise pretentious gunk when I see it. That’s a lone flower of hope, sprouting out of this terrible pile of dung. But I suppose it might be nice to be blissfully unaware of the gunky pretentiousness of what I’m writing – at least I wouldn’t be taunted by the horror of knowing that I can’t think of anything to write that isn’t pretentious gunk.

While I try to get this pretentious gunk out of my system, into the bucket where it belongs, here are some pictures to stop you from becoming bored. Then some of the pretentious gunk, just so you know what you’re missing out on.

Apparently someone was reading a “newspaper” and threw it aside in disgust, or something. Fair enough. 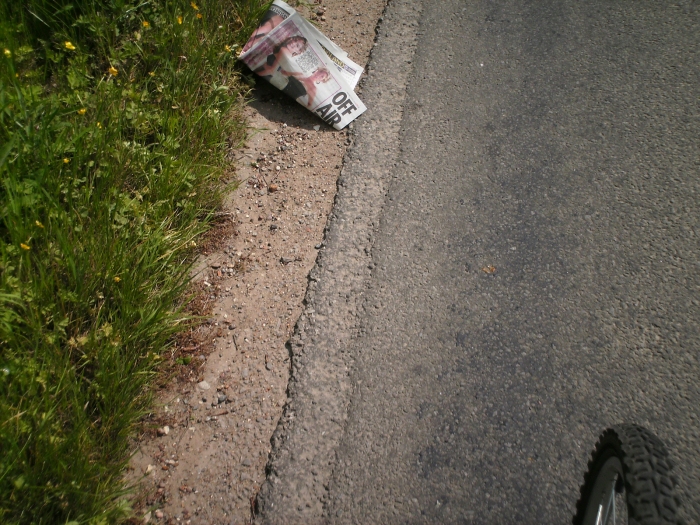 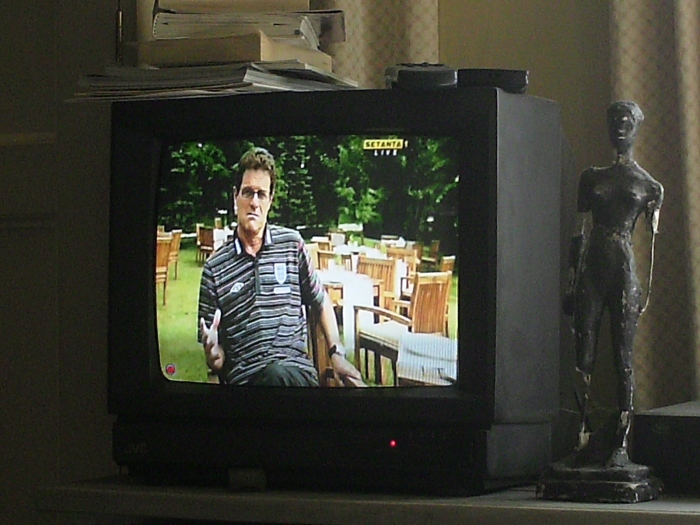 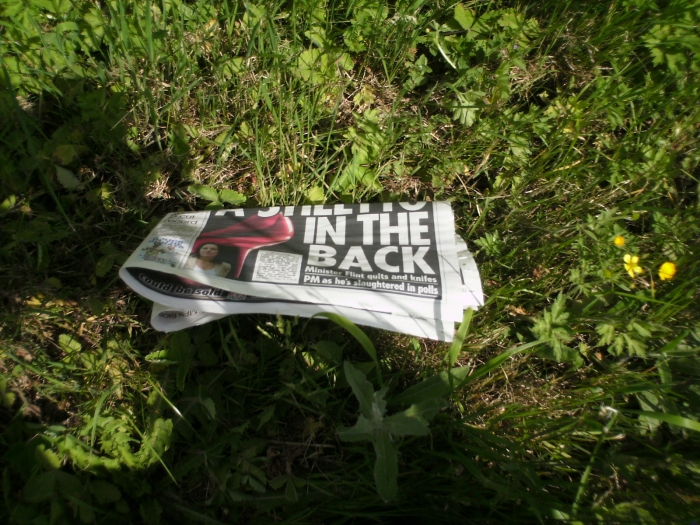 On Saturday afternoon I clambered onto my bicycle and went for a spin. “That’s dangerous,” you might say. “You want to go in a straight line, rather than spinning about. You could suffer a serious injury.” “Put a sock in it,” I would reply, “it’s just a figure of speech and you know that.”

I had a reason for clambering onto my bicycle, and it was one that did not involve it being something to write pretentious gunk about for my blog. I had noticed various pieces of propaganda advertising Dave Cameron’s transparent Conservative party, plastered all over nearby houses, and I decided that it would be a ripping wheeze to take photographs of them, and then mock them. Because what was written upon these posters? This is what:

Being clever, I know that if you look in any good dictionary, you will learn that “conservative” means “disposed to limit change”. Thus the posters are all incredible ironic oxymorons – and no, “ironic oxymoron” is not one of those; rather, it’s an example of making the same point twice (see also: Severe Acute Respiratory Syndrome).

And I planned to do a hilarious and clever satire on this here blog, and everyone would cheer and pat me on the back and say well done for being so incredibly creamy and clever and for making such a brilliant, original point. It was going to be marvellous.

I arrived at the first two houses where I had noticed Conservative signs the day before. They were quite picturesque houses, so any angry character who strolled up to this young rascal would be able to assume that I was simply fascinated by the architecture and trees and shit.

But there was a problem. The signs had been removed.

Not a problem! I knew of other signs in the village, and there was bound to be one left. So I cycled boldly onwards, and sure enough a sign remained. It was shining in the sunlight, with the Conservative party logo – a big green elephant, out of which squirts a big blue cloud of piss – looking as hilarious as ever. This incredible thing could still happen.

But there was a scary-looking bloke in a striped polo shirt, doing something in his garden. And there was a small infant, playing alone in a garden on the other side of the sign. I didn’t want anyone to assume that I was snooping around, taking pictures of locals. The houses were quite ugly, too, so I could not hide behind that excuse. Forlorn, I scuttled home – even though I’m sure I could have easily found some different, better-located signs, or even just waited for the pesky people to go away. Idiot me. I suppose it was a ridiculous idea, so it’s good that it didn’t happen. It’s for the best. The gods were telling me something.

And it’s all definitely OK, because I got to scare a pheasant and make a picture of that. Hooray for scaring pheasants. Bill Oddie, your shoes have got my name on them – they’ll be easy to fill, because you have small feet. 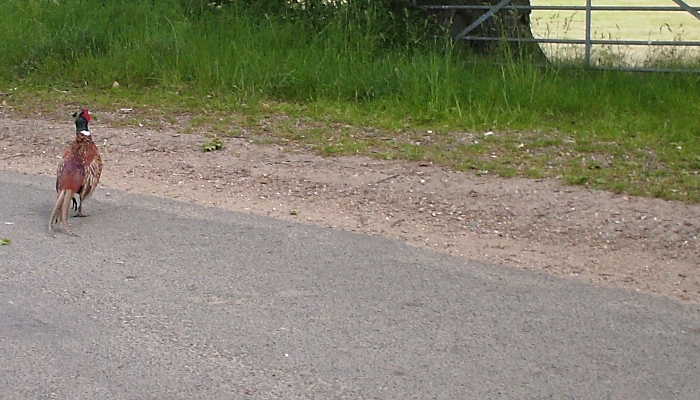 There. That wasn’t too bad, was it? In fact, some kind souls might even suggest that it wasn’t pretentious gunk at all. I think the pretentious gunk may be out of me now. I can get back to normal life. See you soon.