“Misgendering,” as this practice is known is the LGBT community, isn’t just a style error in violation of AP’s own rules – it’s a stubborn, long-time hurdle to transgender acceptance and equality, a fundamental refusal to afford those people even basic grammatical dignity.

Being ignorant, I’m still not quite sure who Jenner is, but clearly the aims of the bot are good and so well done to McGill and Dewey. People are tweeting (often horribly) erroneous tweets, and the robot is tweeting corrections back at them.

Like Caitlyn Jenner, FIFA’s Sepp Blatter has been in the news recently, but for entirely different reasons, and news organisations are encountering a somewhat more trivial pitfall. Here is an addendum to a New York Times article:

Because of an editing error, an earlier version of a headline with this article misstated the name FIFA’s president goes by. He is Sepp Blatter, not Seth.

Now, let me be clear: misstating Sepp Blatter’s name is not a long-standing hurdle to any kind of acceptance or equality, and there’s nothing to suggest he’s being afforded less dignity than he’s due. But still, I took the @she_not_he source code and made @sepp_not_seth, an unimaginative remix that even uses the same fun onomatopoeias (“Breeepbeep!”, “Beepbopbeep!”, “~ROBOT CLANKING NOISE~”). So now, when people tweet about “Seth Blatter”, they get corrected by something with Blatter’s smiling face and nice scarf: 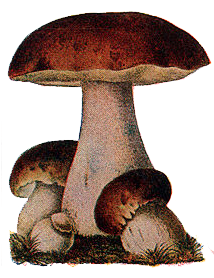 It turns out that tweets calling Blatter “Seth” are much less frequent than tweets calling Jenner “he”, or even misspellings of “Caitlyn”. That makes this bot’s workload much lighter, and the nature of the tweets makes all sorts of “false positive” less of a problem. I could look for other misspellings, like “Cep” and “Platter”, but too many of those are in fact deliberate, hilarious mushroom- or crockery-based puns which are hard for computers to identify.

The responses to the corrections have been fine – certainly more positive than those to @she_not_he. Some have said thank you, and some have quietly deleted their tweets (making it look like the bot was replying to thin air), but no one has dared try to argue back that “Seth” was in fact correct. I like to think people been helped by being spared the potential embarrassment of repeating the mistake somewhere else.

But it’s really not going to change the world – and although @she_not_he won’t really either, at least it’s aiming more in that direction.

Of course many more bots like this already exist, or might exist in the future. One correcting the charming mistaking of “pedantry” for “pendantry” would be quite profound. Better, the comedian Richard Herring’s heroic work every International Women’s Day – informing oafs that International Men’s Day does also exist after all (it’s in November) – could be made much easier. That one is a particularly good balance between being hard to argue with and being something to do with equality, but perhaps part of what it makes it so noble is the sheer effort of replying by hand. I’ve simply achieved something a bit pointless, and lazily automated it, using a tool I didn’t even write – but never mind.