CHEAPER to fly to SPAIN?

I could list all the other august publications that have picked up the story: the Daily Star, Metro, indy100, Stuff.co.nz, the Mirror and the Telegraph. Oh, I have done now. Well done to the sort of PR agency responsible – excellent work! (I think the Mail’s piece might be the best, because they’ve gone to the effort of making an annotated map.)

From all that journalism, you’d think it were cheaper to fly to Spain than to get a train from Newcastle to Birmingham. But is it?

Certainly, you can fly to Malaga from Birmingham and Newcastle as cheaply as the press releases suggest: £75.27 for the two return journeys, apparently. Airlines’ crazy yield management pricing means you do have to be cunning and flexible about when you travel – if you need to go somewhere at a peak time, you’ll have to pay a lot more – and you have to studiously avoid accidentally reserving a seat or buying travel insurance on the Ryanair website – but maybe that’s OK. 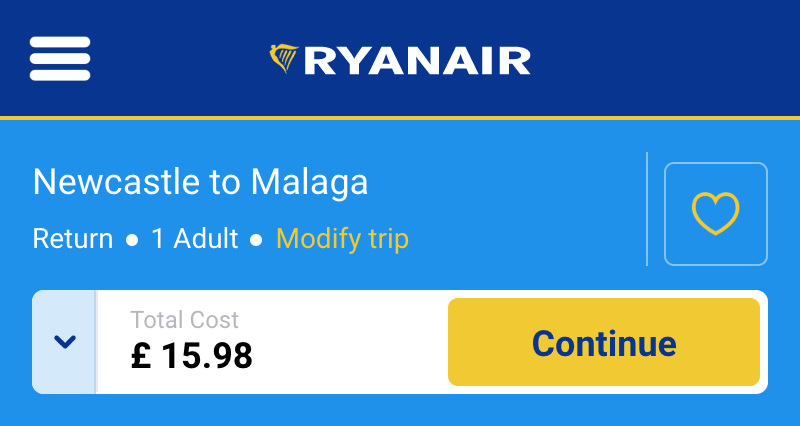 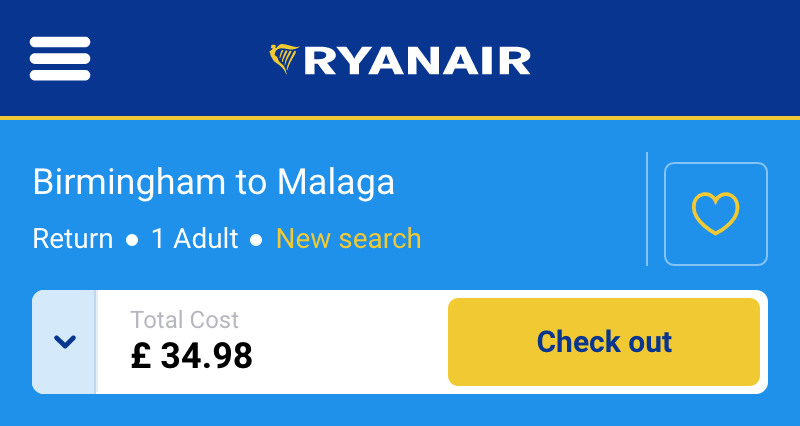 But is going by train really that expensive? I cynically assumed the £105 price quoted must apply to a stupid walk-up “anytime” ticket. If you book in advance – which is a bit fiddly, but no harder than jumping through hoops to get a cheap flight – it’s much cheaper, right? Actually, no: the cheapest return fare I could find from Newcastle to Birmingham was indeed £105.80 for two inflexible advance singles.

If you have a railcard, the cost drops to £69.80. But that’s no help if you’re travelling alone and are neither “senior”, nor disabled, nor in the armed forces, nor aged 16–25. Even if the conventionally attractive 27-year-old Newcastle resident had bought a three-year 16–25 railcard on the day before her 24th birthday, she’d now be too old to use it.

So here I am with egg on my face. I’d hoped to expose some lazy and inaccurate journalism, but actually Viscount Rothermere was telling the truth.

You can go on a Megabus coach between Newcastle and Birmingham for about £7 each way. If you’re offended by the garish colours and the mascot who looks like Dara Ó Briain, there are National Express coaches, too (but they’re more expensive). The journey takes a long time, but because only one person needs to do it – in contrast to two people flying to Spain – it works out at the same number of person-hours. And I’ve charitably not considered the time spent waiting around in airports.

There’s also the small matter of carbon dioxide. I’ve included some back-of-a-fag-packet numbers in this table. They’re a bit less dramatic than the person on Twitter’s – I think the distances he used are based on trains going as the crow flies, which they don’t – but the differences are still clear.

So it’s complicated. Megabus is definitely a competitive option, but doesn’t make for a very glamorous newspaper article. It is a bit nuts and surprising that flying to Spain isn’t such a bad idea.

Of course, the Brexit effect means flying to Spain will probably become more costly and difficult – and the bus will become relatively more attractive. Thanks in part to some lies written on the side of a bus.